A Book Review, by sirpeterjamesdotcom

This book, for me, was a very appealing read. Aside of the many pages of scientific technicality (Bryan Sykes is after all, – a scientist and not a novelist). Yet, I thought, considering the scientific information that was required to explain how he and his

team achieved what they did, he managed very well in keeping me glued to the pages. Toward the end of the book I was rewarded by seven chapters of novel styled writing, which gave me an insight into how the seven daughters of Eve could have experienced their earthly term.

For me, the book was truly interesting, in that it is a view of our possible origins, if you have anthropological leanings – and I do; I did not accept Prof. Sykes’s theory as gospel truth science upon which I would stake my life’s fortunes; yet it was fun and for me, light; certainly a very good topical talking point at a social gathering.

At such a time, your listeners will be keen to provide you with their views and critique – so it’s win-win! 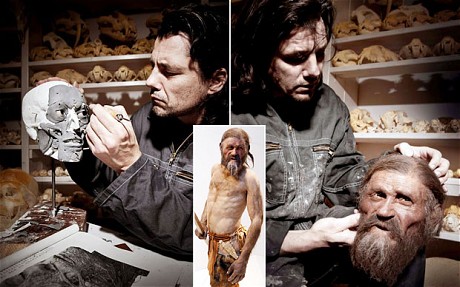 I am taking the liberty of quoting from Robin McKie, of The Observer’s “Science and Nature’.  review of this book. The review is excellent, but typically British, is spiced with sardonic humour, that, in a sense and particularly for me, detracts from what is not a book intended to humour.

I am also taking the liberty of leaving out those parts of Robin McKie’s review that do, I think detract from how I see the book. You are so welcome to hit the link and read his unedited version.

“ ………………Sykes, professor of human genetics at Oxford, is an expert on mitochondrial DNA, a type of genetic material we inherit only from our mothers, and which he has exploited to establish maternal family trees for the human race. His trick is to analyse tiny variations in different individuals’ mitochondrial DNA, and to use these to connect with others of a similar make-up, thus establishing an invisible umbilical cord that links families and groups of families worldwide.

Thus Sykes has shown that nearly all Europeans can trace their origins to one of only seven female ancestors, his Daughters of Eve who he christens Katrine, Xenia, Jasmine, Velda, Ursula, Tara, and Helena ‘to bring them to life and to arouse an

intense curiosity about their lives’ ……………..

……………Sykes’s work is important, for until he created his Mother Tree, and showed its roots were deep and ancient, scientists believed Europeans were mere Stone Age parvenus, farmers who had invaded from the Middle East only a few thousand years ago to replace the continent’s indigenous tribes. Not so, says Sykes. His Daughters of Eve lived between 45,000 and 11,000 years ago, long before agriculture was developed – demonstrating that we must be direct descendants of far more ancient hunter-gatherers: the ‘genetic echo’ of their ancestry in our cells proves this.

It is an intriguing story, though qualifications should be noted. For a start, the Seven Daughters of the book’s title refer only to Europe’s founding mothers. Another 26 maternal lineages have since been uncovered on other continents…………..

Nevertheless, he has produced an engrossing, bubbly read, a boy’s own adventure in scientific story-telling that fairly bounces along. Consider his early problems with

mitochondrial DNA: would its genetic structure vary too much or too little to be informative, he wondered? A test on another animal was needed.

The answer was the hamster, Sykes realised – after discovering the world’s entire population came from a single female captured by a 1930 zoological expedition to

Syria. Could DNA prove this first fecund female was the Mother of All Hamsters? It would be a vital demonstration of its prospects.

Sykes contacted breeders and asked for hamsters’ droppings (a good source of DNA). ‘Packets arrived from enthusiasts all over the world,’ he recalls. ‘With their characteristic rattle we knew immediately what they were.’ When analysed, all this excremental DNA proved to be absolutely identical – showing they came from a single female ancestor of recent origin.

Armed with this reassuring knowledge, Sykes was then able to establish his human DNA trees, and to use this genetic knowledge to demonstrate that nine bodies found in a Russian grave in 1991 were those of the last Tsar and his retinue, and to establish that the founders of Polynesia were not South Americans – as Thor Heyerdahl claimed to demonstrate with his Kon Tiki expedition – but of Asian origin.

It’s all great fun, and while Sykes clearly exaggerates the role played by his beloved mitochondrial DNA in these and other exploits, there is no doubt he has achieved some breathtaking work. To his credit, he describes these feats cleanly and clearly. ……………..That said, The Seven Daughters of Eve remains a thumping good read.”

If you feel this article has value, please send this link to others, Writings are meant for people, not for dormant files in our computers and very often when we share them, it results in positive changes in the lives of individuals and communities.

If you are spiritually inclined see my other site; http://www.adcrucemchristi.com